Why Aren’t I Selling Magic Beans to Fools? 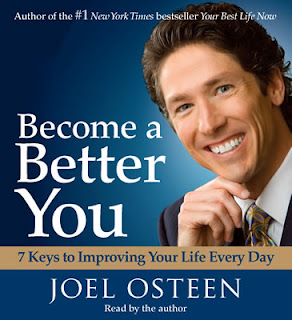 It is just so easy. I rail against Joel Osteen’s “The Purpose Driven Life”, and his horse teeth. But he is winning, while I lose every day. I need someone, a great friend or a trusted relative, to talk me into taking a dump on my principles and start selling snake oil. People fall all the fuck over themselves to pay their hard earned credit limits for someone to fill them full of false hope. They want Joel Osteen to put it in them slow and steady, then fast and with reckless abandon, and whisper filthy little tidbits in their ear like “Be everything you were meant to be”, until they are moaning uncontrollably like the mouth-breathing idiots they truly are. I have precious few talents in this world, but there is one thing I excel at that most people are terrified of: Public speaking. I could be Joel Osteen, or Billy Graham, or Glenn Beck, or even Oprah (I obviously would have to become blacker and more lesbian). I just need to find a drug which suppresses my feelings of personal pride, honesty, and helps me to forget the social pact with my fellow man. Could I sleep at night, if my pillows were stuffed with the silky manes of unicorns and 100 harpists serenaded me to bed? My heart tells me: If you want to live a purpose-driven life, then go live a fucking purpose-driven life. If you want to be a decent person, go be a decent person right now. Don’t waste your goddamn time reading a shitty book written by someone too sleazy to be a car salesman. Don’t waste your time searching for the inspiration from Jeebus or “God” or whatever other mascot or talisman one of these bullshitters tells you to put your faith in. Just go and fucking do it. I do not–and probably will never–understand why people waste hours on the weekend listening to someone talk about living like Christ, when they could spend that same time on that same day volunteering to help the poor or improving their community. But hey, the church needs a fresh coat of paint and the pastor needs a new Caddy, and God sure as shit ain’t painting and he doesn’t own a car dealership. But I digress. Here is the big problem…..my heart is not a capitalist. My heart is not a ruthless, calculating businessman. I’ve got the skill set to be a total scumbag, but my heart doesn’t match. Even in my darkest days of frat guy shenanigans where I would not have let my own daughter in the same town with, let alone room, myself or any of my friends, would I have ever dreamed of cheating people. But now that I am staring 40 more years of work-a-day hell in the face I wonder if someone should stab my heart to death and let my brain start calling the shots? Is speed the answer? Should I become a speed addict? On speed all of your ideas are straight aces and morals become completely negotiable, if not wholly obsolete. Do you think Osteen stands up there in his mega-church giving sermons with those wide-eyes, ethereal and spooky grin, cascading sweat….NOT on speed? Give me a fucking break. He’s in the green room doing blasters off the wings of angels and laughing all the way to the bank.
Tweet

Male homo sapien. Warrior poet. I live in Chicago with one wife, one offspring, and Scout the dog. I enjoy various stuff. Besides skinny skiing and going to bullfights on acid, I also enjoy running, reading, drinking, eating and procrastinating on many things, such as starting this blog. I have a mom, a dad, and a younger brother who recently produced a sister-in-law. I'm the only person in my family, sister-in-law included, who doesn't have a post-graduate degree. I guess that makes me special. I grew up in a small to medium sized town in the middle of Ohio. In fact the even smaller town next door has a sign which reads "The Geographic Center of Ohio". Given this is what they choose to boast you can only imagine how exciting that town is. My town is infinitely cooler. For example on weekend nights people from my town and the surrounding villages and hamlets converge on the public square to "cruise" in their souped-up mini trucks, some bearing Confederate flags, despite growing up and living rather safely north of the Mason-Dixon line. This is high-minded stuff we're talking about here. I graduated sometime during the Clinton presidency from the local high school where I played football and participated in absolutely nothing else. This strategy paid huge dividends when I applied to numerous colleges on the eastern seaboard which were highly selective. When you show up to the admissions table with "HIgh School Football and Nothing Else" on your application, you get respect. After graduating from Ohio University with a degree in Economics that I've used for absolutely nothing, I moved to Boston. Boston is a lovely city. I was doing things I'm not proud of for beer money and I left after 16 months. My next move was to Chicago and 10+ years later there I still reside. I write this blog for therapeutic reasons. Much like some people paint to relax or smoke crack to unwind after a stressful day, I record my thoughts on Al Gore's World Wide Web for 9 friends, 4 family members, 1 person who accidentally clicked through after an unsuccessful Google search for something else, and a guy named Patriot1 who lives in a silver Air Stream in the Nevada desert and broadcasts his own radio show. Is there a point to all of this? I doubt it. Years ago and in a galaxy far, far away (College Park, Maryland, then Athens, Ohio) I was toying with the idea of being a journalism major. I enjoyed writing so it seemed the obvious fit. Then I attended career day and learned that journalism majors could look forward to a salary of $EA,TSH.IT per year with the promise of a fatal heart attack at 47 years of age. I'm not falling for that trick, I told them (them being no one, and told being saying it in my own mind in the shower). Approximately 15 years later here I sit declared the big winner in that battle: I never made any money doing anything else and now I'm writing entirely for free. So suck balls, journalism career day. The views expressed in this website are mine and mine entirely. I don't wish to be an even bigger black eye to my family than I probably already am. As a result of this I will never be able to run for public office and I accept that reality. But this website is a very dignified, well-dressed skeleton full of witty retorts and honorable deeds compared to the disheveled, stenching, staggering and loud skeletons who would come marching out of the closet to White Zombie's "Thunderkiss '65" if they ever unearthed the college years. So enjoy your train ride, your hangover day at work, your AA meeting or your dump. I'm here to serve.
View all posts by Zach →
This entry was posted in Uncategorized and tagged god, religion. Bookmark the permalink.

3 Responses to Why Aren’t I Selling Magic Beans to Fools?