Time to Step Up My Haircut Game 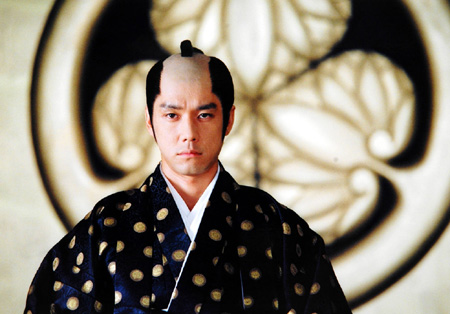 My haircut has grown stale and it is time for change. Step into a new hairstyle and all the confidence that comes with it. I’ve thought long and hard and I think I’m going Samurai. As seen above or possibly more like the lead singer of Tool used to rock, just one long ass ponytail originating from the middle-top of the skull, shaved elsewhere. I’ve documented my own hair loss on this site before, but a brief recap is in order:

-Shortly after leaving college I noticed that some areas of my hairline seemed to be under-staffed up front, off to the sides
-To combat this I just quit cutting my hair
-No one ever explained “layering”
-As a result I had a blonde mushroom for a head
-I looked like David Lee Roth
-The under-staffing issue inevitably became full-blown retreat of a French Army fleeing from the Horst Wessel song magnitude
-I had power alleys. One of the only ballparks in the league where it was 360 to straight away center but 420 to the power alleys
-The power alleys became a peninsula. I could live with a peninsula, kind of rock a Phil Collins sort of look, I mean Keyser Soze was a badass right?
-I’m now at the point where the peninsula, due to climate change, is becoming an island
-You can still walk or drive to the island during low tide
-We’re a couple more years of Chinese industrialization and vehicle purchase away from the island only being accessible via ferry or personal watercraft

As a result I’ve more or less shaved my head. I don’t break out a razor and cut myself 15 times a week but I dial the clippers down to a 1-guard and have at it. When you have a head like the Jolly Pumpkin had a kid with Charlie Brown, it is a solid look. But I’m ready to spice things up a bit which is why I now plan to shave the rest of my head, but let the island patch on top grow out 36 inches. How fucking rad would that shit be??? Can you imagine how utterly fucking sweet it would be to walk into Parent’s Night at my daughter’s preschool with a giant Samurai ponytail? I can already hear the whispers, “Oh my fucking gawd, who is that ass kicking machine? I’m so confused….the khakis and button-up blue oxford says run-of-the-mill suburban nerd dad but the top tail says leader of a dune buggy gang in a post-apocalyptic Mad Max movie. Quick, someone offer him some soda or Chex Mix before he gets pissed”. I’d have to beat the chicks off with a stick. Instead of walking into a room like a nobody my wife would start storming through doors like “I’m with StudHead, get us a fucking drink”. My daughters would be all, “Oh your dad is an investment banker at Goldman Sachs, how interesting. Our dad has that hair.” Boom, silence. I would stare down each and every mutherfucker I pass on the street, kids and old ladies included. You see the hair and you want the hair, but I am the hair. Like Katy Perry, you’re gonna hair me roar.

That last sentence was pathetic, embarrassing, and patently unfunny. But I had to. Not sure why but I had to. It was as though outside forces guided my typing fingers. Can’t take it back now.