This New Movie About the Creation of Facebook Sucks, and I haven’t Even Seen it 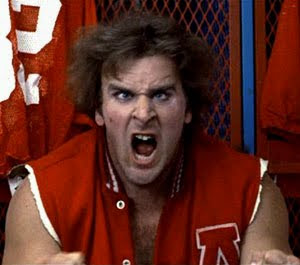 When is the fucking glorification and empowering of nerds going to end? I’ve had enough. I know and have accepted as fact that the golden age of the nerd is upon us. I wax nostalgic about days of yore when nerds were glorified only in parody, as in the masterpiece of cinema “Revenge of the Nerds”. It seems that many today do not remember such pieces of artistic mastery and factual information. In modern times we are fed false tales of glorified nerd activity such as “21″ or “Social Network”. The past few decades have been the perfect storm for nerds. The communication and computer revolution have ushered in a new world order where for the moment, nerds are seemingly on top. Because they have chosen to spend their youth not in the ball fields or gaming halls, but rather in their bedrooms, curtains drawn and huddled over their PC, suddenly they find themselves with the high-paying jobs. But really that is where the story ends, or should end. This isn’t getting nerds laid. This isn’t getting nerds invited to hot parties. This isn’t getting nerds to the front of the line for opening night at the new club. But Hollywood wants you to believe it is. In Hollywood hackers look like Hugh Jackman and have Hally Berry sweating their cock. No one is buying it…yet. But keep misleading people with nerd fluff pieces such as these and who knows what might happen? Suddenly you open your door one morning and the sky is yellow, the sun is blue, and it is raining straight up from the ground.
It may well be time for a counter-nerd revolution. Meat heads and cool people alike taking to the streets, bouncing nerd heads off of curbs and mashing them into toilets for a fresh flush. These nerds need to be reminded that while you may be able to somehow CTRL + ALT + DELETE a way to kill a deer, men with fists and clubs can at any moment arrive and steal that deer away from you, and women will fuck them for it.
Enjoy your day in the sun nerds. A day of reckoning is coming, and my man Ogre awaits.
Tweet

3 Responses to This New Movie About the Creation of Facebook Sucks, and I haven’t Even Seen it